Club Garibaldi is proud to announce that a revised edition of its book Alla Fine del Mondo (To the Ends of the Earth) has been published and is available for sale.

The book was first published by the Club Garibaldi and the Petone Settlers Museum in 1995 as part of a joint historical venture tracking the history of Italian migration to the Wellington region. An exhibition of the same name was held at the museum for more than two years.

The book traces the largely chain migration from several small towns and villages in Italy to Island Bay, Eastbourne, Lower Hutt and other parts of New Zealand's capital city.

The individual chapters feature migrants who became fishermen, market gardeners and business people, the story of Italians judged to be dangerous enemy aliens and interned and the role of Club Garibaldi as a unifying and friendly force in a foreign land.

The name of the book was chosen because in both fact and feeling the term accurately describes the migrants' belief that they had travelled to the ends of the earth to find their "buona fortuna" (good life).

The book sold 1400 copies till supplies ran out in 2011 and continued to be in much demand.

Paul Elenio, who was author of the first edition, volunteered to put together a revised edition of the book with substantial new material. This edition was launched on March 15, 2012.

The new text and photographs includes a look at Italian migrants who were sent to several parts of the North Island to grow vegetables for New Zealand and American troops during the Second World War.

It also goes into some depth to explain the reasons for the migrants leaving their homeland, the conditions at home that forced them to seek a better life so far away. And it goes into detail about the New Zealand they found when they got here and how they had to make major adjustments to their lifestyle, their culture and habits.

There is also an expansion of the coverage of Club Garibaldi which in 2012 celebrated 130 years of existence. 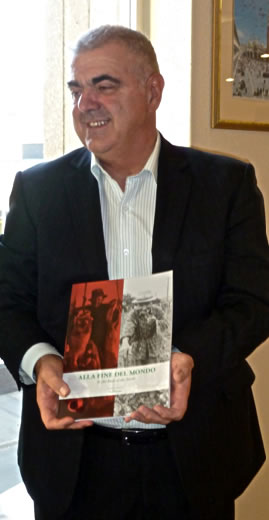 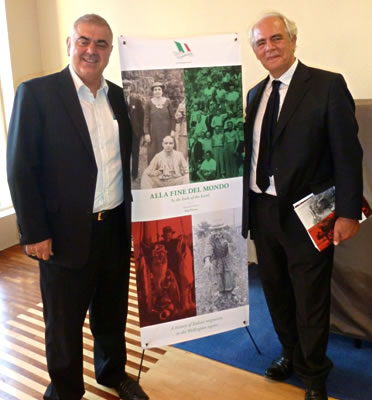 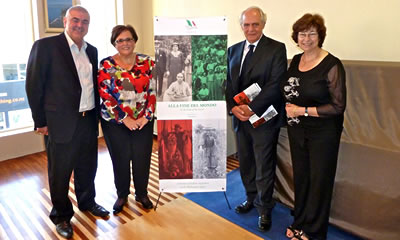 How To Get a Copy Of Alla Fine del Mondo

The book is available through a small number of retail outlets in the Wellington area. These include the Mediterranean Food Warehouse outlets in Constable Street, Newtown and High Street, Lower Hutt and at La Bella Italia, Nevis Street, Petone, at a cost of $35 each.

People from outside of Wellington can order the book in several ways.